The Italian Agency for Youth Affairs (Agenzia Nazionale per i Giovani – ANG), the National Association of Italian Municipalities (Associazione Nazionale dei Comuni Italiani – ANCI) and the Institute of Local Finance signed on 23rd July 2014 the Action Programme ‘MeetYoungCities: Social innovation e partecipazione per i giovani dei Comuni italiani’.
Within the framework of this Action Programme, the abovementioned Institutions launched a call for proposals in October.

The intent of the call is to boost social innovation and the participation of young people aged between 16 and 35 years in the co-design and implementation of new or renewed social services (aimed at young people) or in the formulation of new  initiatives able to favour the recovery and a ‘smarter’ use of public spaces/buildings.

The following chart summarises the objectives of the call and the general structure of the eligible projects.

Chart 1- Outline of the call 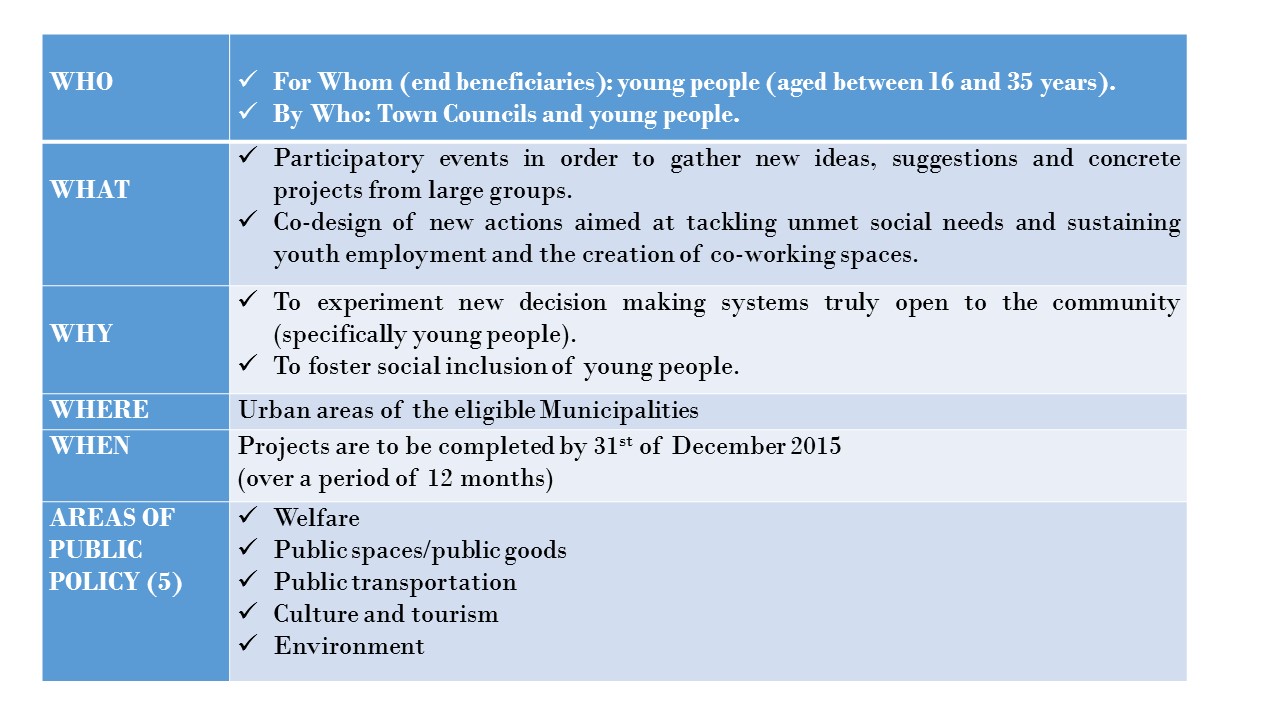 The Programme as a catalyst for open government

The outline of the prerequisites of the proposals allows me to highlight two important points: 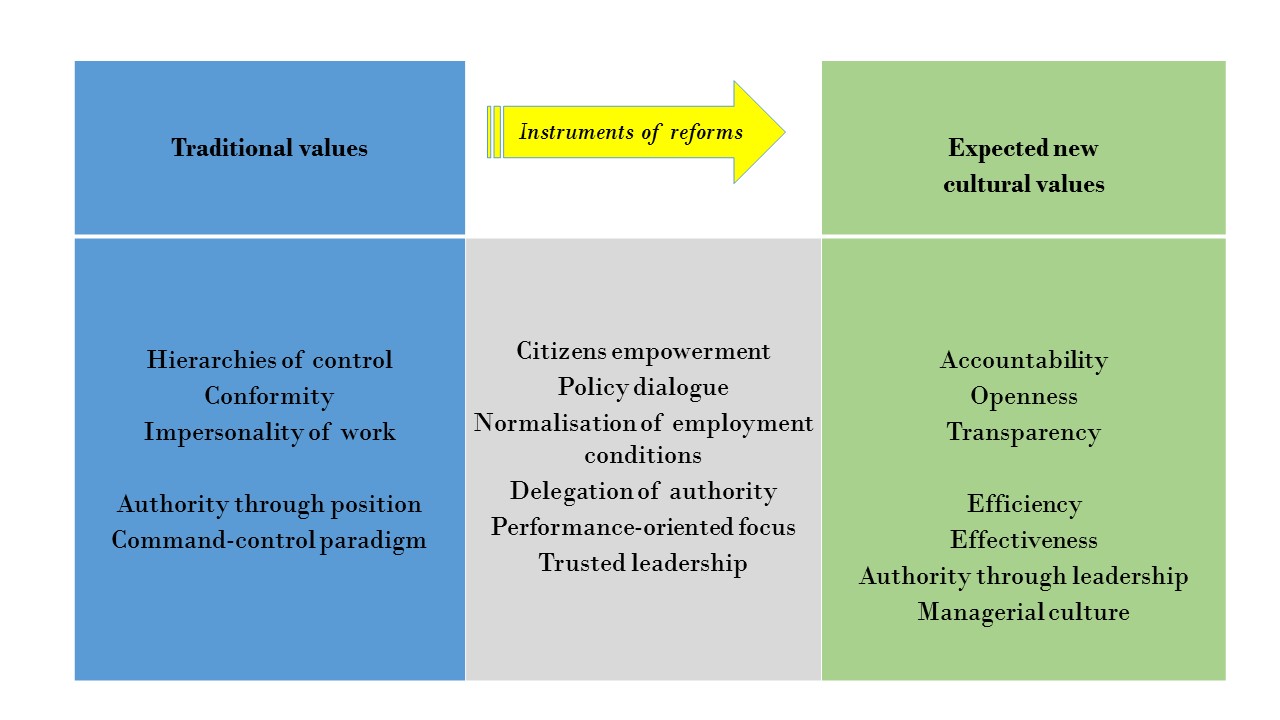 As demonstrated by the aforementioned call for proposals, these concepts, already rooted in other European countries, fortunately, are currently gaining momentum in Italy too, albeit Italian reforms of the Public Sector are generally faced with many obstacles.