European Cooperation Day (ECD) is the annual gathering event aimed at promoting territorial cooperation projects and their results. ‘Sharing borders, growing closer‘ is the catch-phrase of the ECD scheduled on 21 September and surrounding days.

During the event organized in Brussels, and other linked events, participants can get an understanding of European Territorial Cooperation programmes and of cooperation projects.

The European Territorial Cooperation (ETC) is the 2nd strategic objective of the so-called ‘cohesion policy’, holds its own regulation – Reg. (EU) No 1299/2013 – and its financial envelope amounts to over EUR 10 billion (about 2.8% of the total ‘cohesion policy’ budget).
It builds upon the positive legacy of the Community Initiative “Interreg” launched in 1990.
As a result, next edition of the ECD celebrates its 26th anniversary.
Article 2 of Regulation (EU) No 1299/2013 – establishes that the European Territorial Cooperation goal of ‘cohesion policy’ is structured around three components:

1. Cross-Border Cooperation programmes. They cover both internal and external borders of the EU (external borders both with IPA Countries and ENI Countries), as indicated in the chart below. [1] 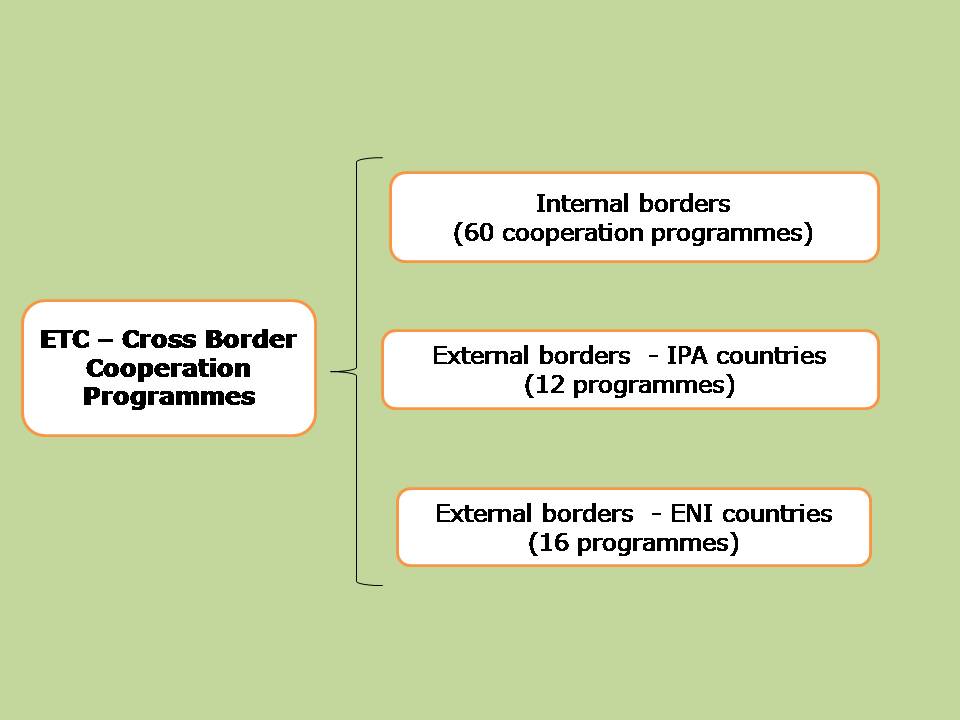 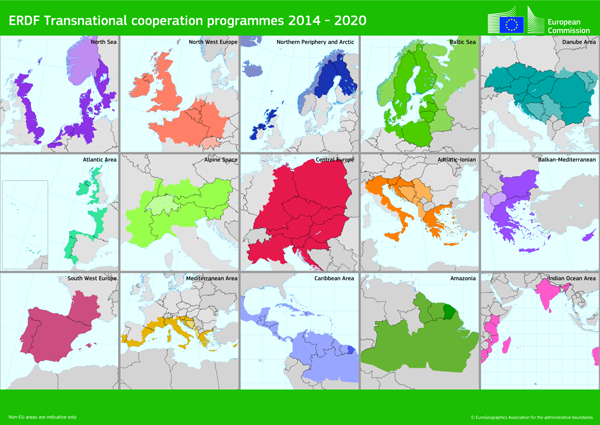 [1] For more information on the Instrument for Pre-accession Assistance II (IPA II) see Reg. (EU) No 231/2014 of 11 March 2014.
For more information on the European Neighbourhood Instrument for (ENI) see Reg. (EU) No 232/2014 of 11 March 2014
[2] Other relevant EU Programmes/initiatives aimed at improving urban policies are:
• the pilot action named Urban Innovative Actions Initiative (UIA Initiative). The UAI Initiative builds on Article 8 of the Regulation (EU) No 1301/2013 on the European Regional Development Fund (ERDF). It holds an overall budget of about EUR 372 Million (ERDF funds) over the period 2014-2020. For the 2016 call (due to be launched in November) the following topics have already been established: sustainable urban mobility, the circular economy and the integration of migrants and refugees.
• the ERA-NET Cofund Smart Urban Features (ENSUF), that was set up by the Joint Programming Initiative Urban Europe cofinanced under Horizon 2020.

[3] Under the reformed cohesion policy, Interreg Europe is intended for ‘sharing solutions for better regional policies’, by financing two types of actions:
• platforms aimed at enhancing knowledge sharing between regional/local authorities, research institutes and other organizations willing to improve regional policies, and
• projects, within four themes (Priority Axes) chosen among the 11 Thematic Objectives that establish a logic link between the “Europe 2020” strategy and interventions co-financend by European Structural and Investment Funds – ESIFs (see the chart below). 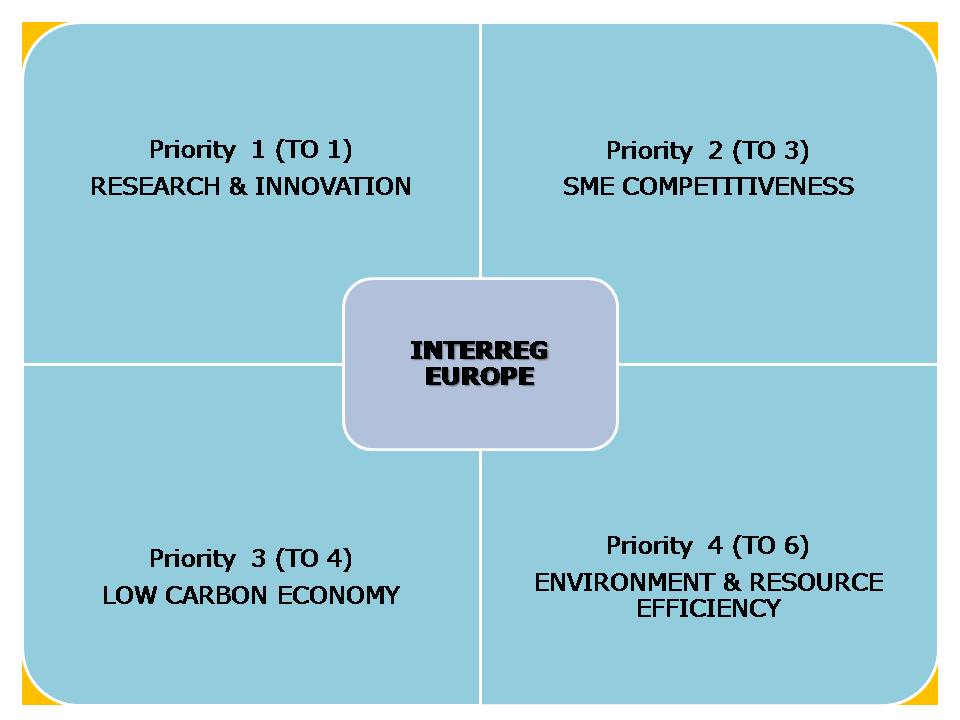